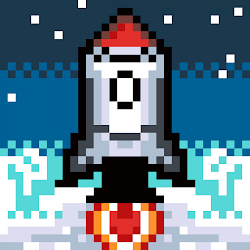 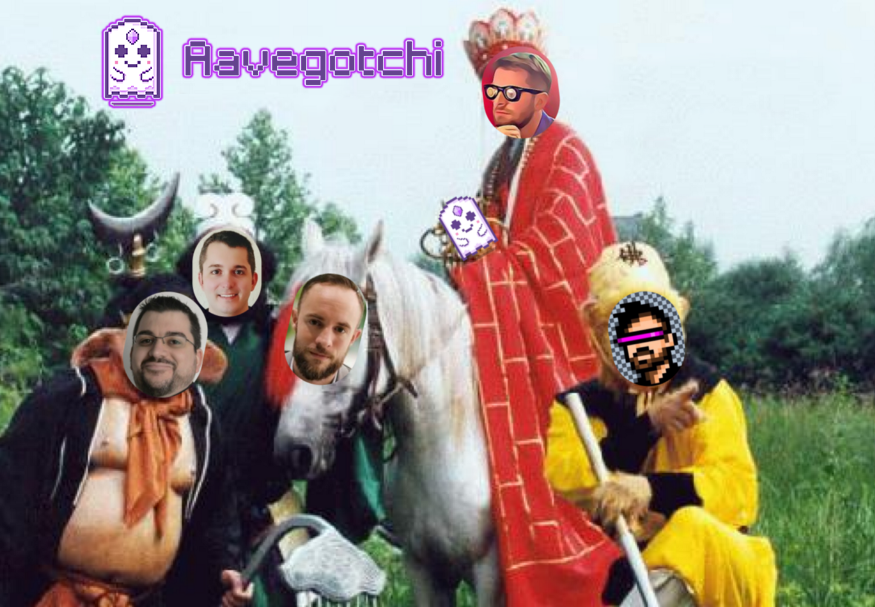 Wanna know who's behind the cute gotchis? We got ya covered. Presenting the people behind Aavegotchi! 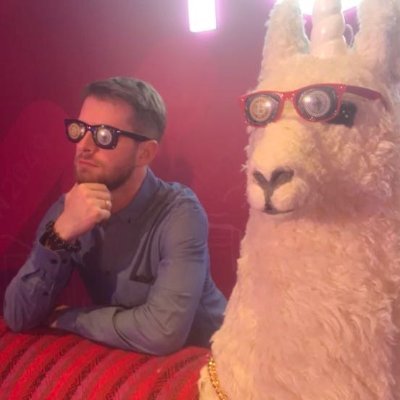 Dan aka Coder Dan, is a full stack developer and the creator of Yield Hero, a DeFi dapp that enables users to redirect their AAVE yield toward any address they wish. He is also known for his lead role developing the first ERC721 staked with ERC20s NFT platform, Bullionix. Daniel is based in Fujian, China and fluent in Chinese. In addition to his work in tech, Dan is a tier 1 growth hacker leading Aavegotchi’s initial growth to over 10k Twitter followers and 6000 active Discord citizens. His previous work saw his brand’s Weibo, Bilibili, and WeChat Official account balloon to over 1.5 million followers. 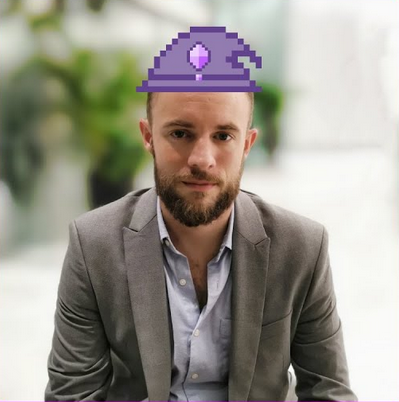 Jesse, AKA GldnXross is a product centric founder who has had a leadership role developing some of the most well known NFT platforms to date including the very first NFT minting platform, Mintable, which is now available on both Ethereum and Zilliqa blockchains. He is also the creator of the Value-Staked NFTs concept mentioned above as the creator of Bullionix.io which was the first to offer 3D, high resolution digital collectibles staked with gold stable coins. Prior to his work with Ethereum dapps, Jesse was heavily involved on the digital assets exchange side of the industry serving as the head of international development for ZB Group and prior to that served in China for Lenovo Mobile Unit as a Motorola product improvement and mergers specialist. 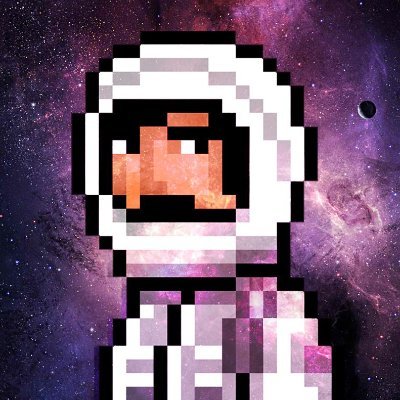 Xavier Iturralde aka xibot, is one of the Crypto Art scene’s most accomplished artists and entrepreneurs. His distinct pixel art work has earned him the attention (and sales volume) of NFT traders on OpenSea and Rarible. His innovative $PIXEL token was among the very first social tokens to take hold and demonstrate that NFTs tied to social tokens is a model with legs. His passionate followers are yet another cause for the fomo around Aavegotchi’s all-star team. 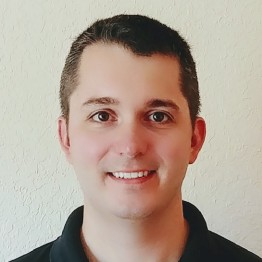 Nick Mudge is one of Ethereum’s most accomplished solidity developers. The ERC998 composables standard was authored by Mudge and is among the most important aspect of the Aavegotchi game, allowing a “parent” NFT to equip and carry “child” NFTs with them. More recently, Mudge has headed Ethereum research and development for what has been dubbed the Diamond Standard. This standard offers major breakthroughs for upgradeable contracts and is quickly being adopted by governance focused DAOs. 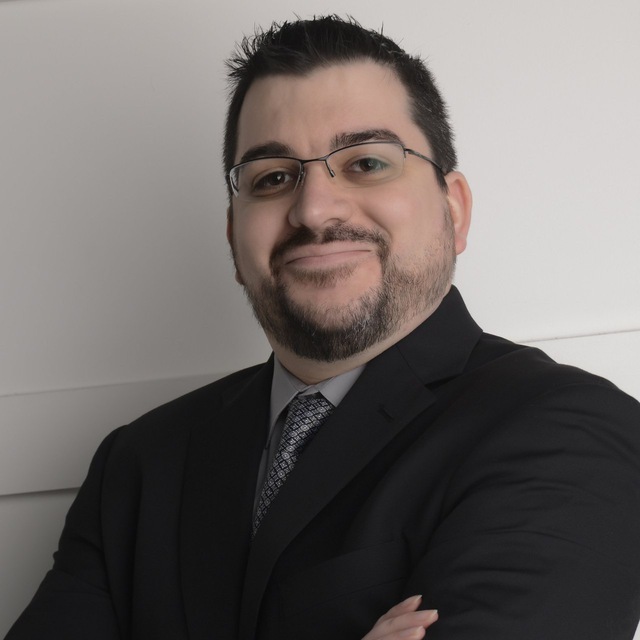 Jc is a business development strategist and blockchain enthusiast, with a wealth of experience connecting and networking with some of the brightest minds in the cryptocurrency space. An entrepreneurial and self-motivated team player, he has demonstrated talent for building relationships, influencing strategic partnerships, developing new sales channels, and using social media and viral marketing with remarkable effectiveness. One of his biggest passions is introducing and promoting new companies and assisting them with their start-ups. His enthusiasm for the space is based on an unshakable belief in the disruptive power of blockchain technology.

Candoizo, aka candoizo, is a software developer dedicated to making it easy for the community of builders to take Aavegotchi by storm! His experience varies from time as a penetration tester and building community-driven projects, alll stemming from a drive to unbreak things for the people.

History suggests he was raised in the Canadian wilderness on competitive games and devotion to building legendary tools. With past projects like Hauntgg, CoinVanity, and all over iOS there is no shortage of friends who would attest to this factual origin story. In the next episode our legendary trainer Coder Dan was able to capture his heart and skill for the Pixelcraft team using his groundbreaking game concept and standout community!

Caleb, dubbed Coyote due to that being his middle name, joined the fray in early 2021. His career started in startups as a UI/UX designer until eventually transitioning to specialising in front end development. Coyote caught the blockchain bug through developing third party apps for Aavegotchi. His goal now is to share this awakening with other developers to create the next generation of web engineers! 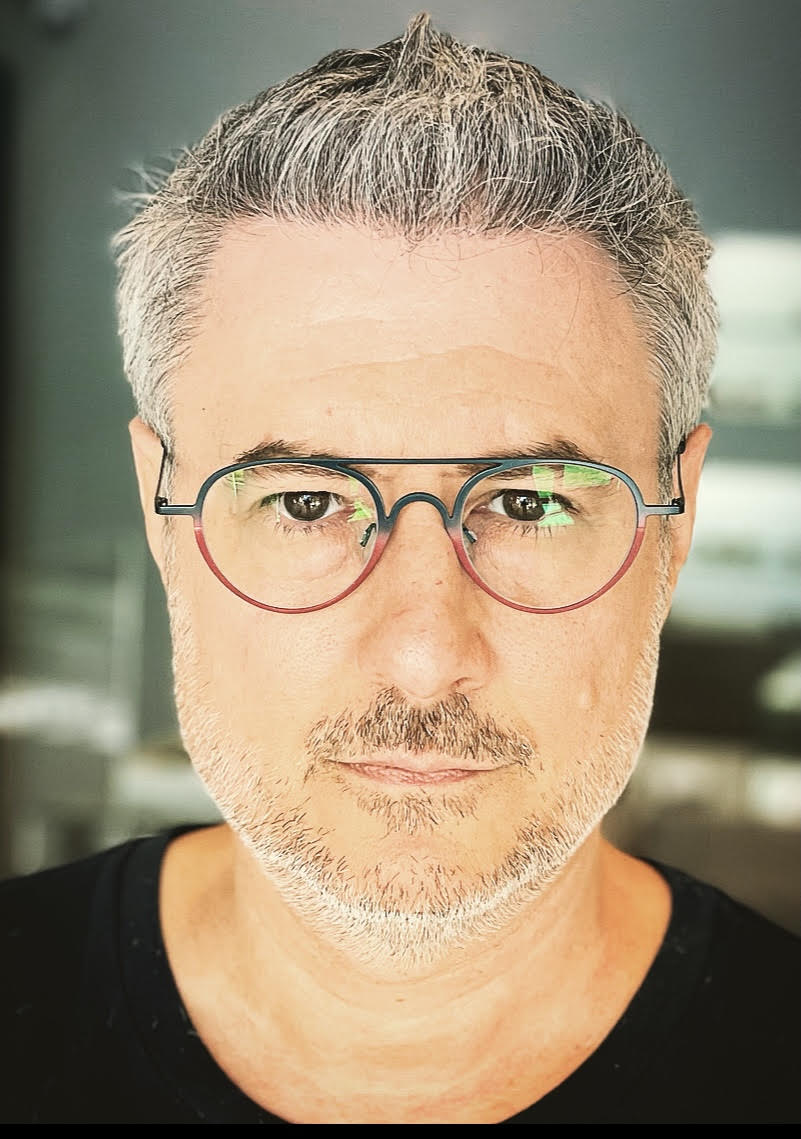 Les Borsai (born 1968) is a Los Angeles-based technology entrepreneur, music promoter and manager, and advisor in the cryptocurrency, blockchain and music-technology industries. He began his career in the music and entertainment industry, working in artist management and marketing, after first gaining recognition as a rave promoter in the Southern California underground scene of the late 1980s. He held positions at Avalon Attractions (now Live Nation Entertainment|Live Nation), MCA Records, and Bill Silva Entertainment before starting the musician management company Modern Artist Management. His client list includes country singer Wynonna Judd, pop artist Jason Mraz, and the alternative bands Burning Brides, The Icarus Line and Unwritten Law, among others.

In the later 2000s, Borsai became involved in other industries, including digital music, cryptocurrency and blockchain. He co-founded the iPhone application development company gridMob in 2008 as well as SongLily in 2012, a digital platform company that simplifies music licensing for mobile application and game developers. After being an early investor in cryptocurrency platform Ethereum, he served as an advisor to blockchain companies and in 2018 co-founded Wave Financial, a digital asset management firm.

Jason traversed the Ethereum rabbit hole in Devcon V Osaka and never looked back since. From DAOstack, BrightID to Gitcoin, Jason is a DeFi native that never stops experimenting and educating to spur early adoption. Jason also manages BitcoinMalaysia, the largest online cryptocurrency community in Southeast Asia, and since the pandemic over 8,000 people have attended his cryptocurrency talks for beginners.

Nick Graves, aka Gravy, is a creative director of all things marketing with nearly a decade of B2B and B2C experience under his belt. After years of grinding it out in the stereotypical corporate life, he let that ship sail and dedicated his career 100% to the blockchain world. While he is creating strategic partnerships, measuring sick KPIs and formulating strategic marketing strategies, Gravy is dedicated to help move Aavegotchi to the next level and is proud to call himself a member of the GotchiGang. Christian Senn, aka NyanKong or kurisu, has spent 30 years helping to create games using game design, art, and animation for the console, PC, arcade, mobile, tabletop, and VR markets. His love for creating interactive entertainment keeps his overactive imagination busy while his need to positively connect with teams and audiences keeps his social heart happy. Christian's main responsibility within the Pixelcraft team is to design and create artwork for the Realm within which frens can explore and enjoy for years to come. 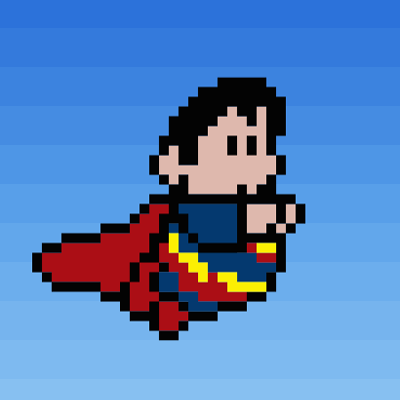 I am Shohan, professional game developer, having more than 5+ years of experience, I have work experience in gameplay programming, backend programming to various aspect of game development. I have worked for some top game studios like Stillfront (Moonfrog Labs). I have a Master degree in Computer Science. I am working in REALM frontend gameplay mostly where frens can roam around, explore and make fun.

This is the team, behind the meme. A dream team by anyone's standards, poised to take over the world. The following story is a fairly accurate account of how the team came together. Artfully quilled by Vanilladelphia.eth Aapprentice et al.

The year was 2011... or maybe 2012. Coder Dan had just finished his college career, when he decided to pursue his real passion. Selling candy, on a beach in China. Dan knew they wouldn't just hand this prestegeious job out to any old schlub, especially a foreigner like him. That's when our hero decided he'd better get a real job, and become a Youtube celebrity... and that's just what he did. Fast forward after a couple of years, and young Coderdan was ready to go back to the beach.

"It's time to sell some candy" Said Dan.

And what a salesman he was! Although unfortunately he wasn't good enough to sell candy on the beach, the young man stuck his bell with such vigor it caught the eye of another young bystander Jesse, AKA GldnXross. The two became fast frens, frolicking together, and making wonderful music. Luckily for us, the maiyatang didn't work out, and the duo went on to much greater things...

When our dreamers decided they would create an entirely on chain version of the classic toy from the 90's everyone called them crazy. But Coder Dan had heard this before, but he knew they WERE right. they couldn't do this, at least not by themselves. They needed the best, nigh, the best of the best... but who? "Xibot!" Dan said immediately. "If there is anyone who can capture the essence of a classic so near and dear to our hearts, it has to be him!". "Hmm, but what about the smart contracts?" said GldnXross. Surely there is no one possibly good enough to store these things ENTIRELY on chain! "There's one person" said Dan. "this guy loves smart contracts so much, he writes smart contracts for smart contracts." "Wait, I've heard of this guy..." Said GldnXross "Nick Mudge!" "And Community? Surely we will need someone incredible to quash the spammers, and help the noobs!" Dan looked up... "There is tell of a man, with the patience of a saint, and the banhammer of Thor." The name of that man? JC Crown.

So this is how our heroes assembled, some details have been edited for time.