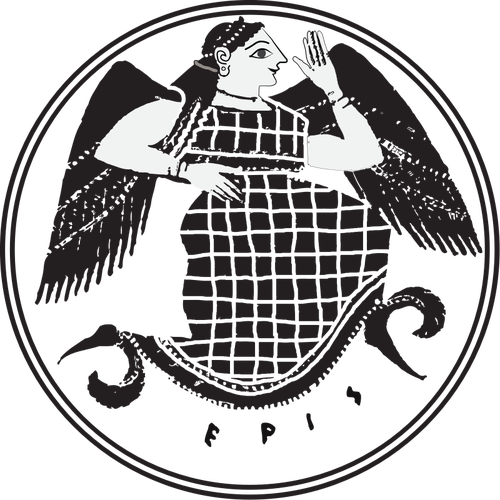 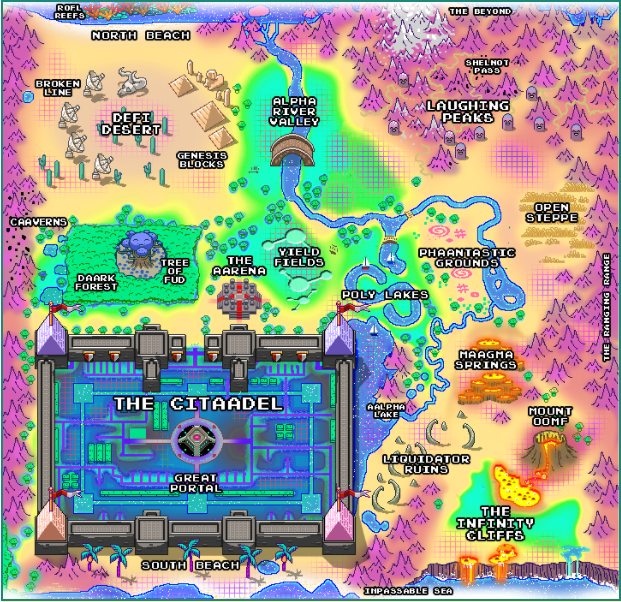 Districts comprise of groups of REALM parcels that are situated close to each other. The following image shows the Citaadel and its districts. 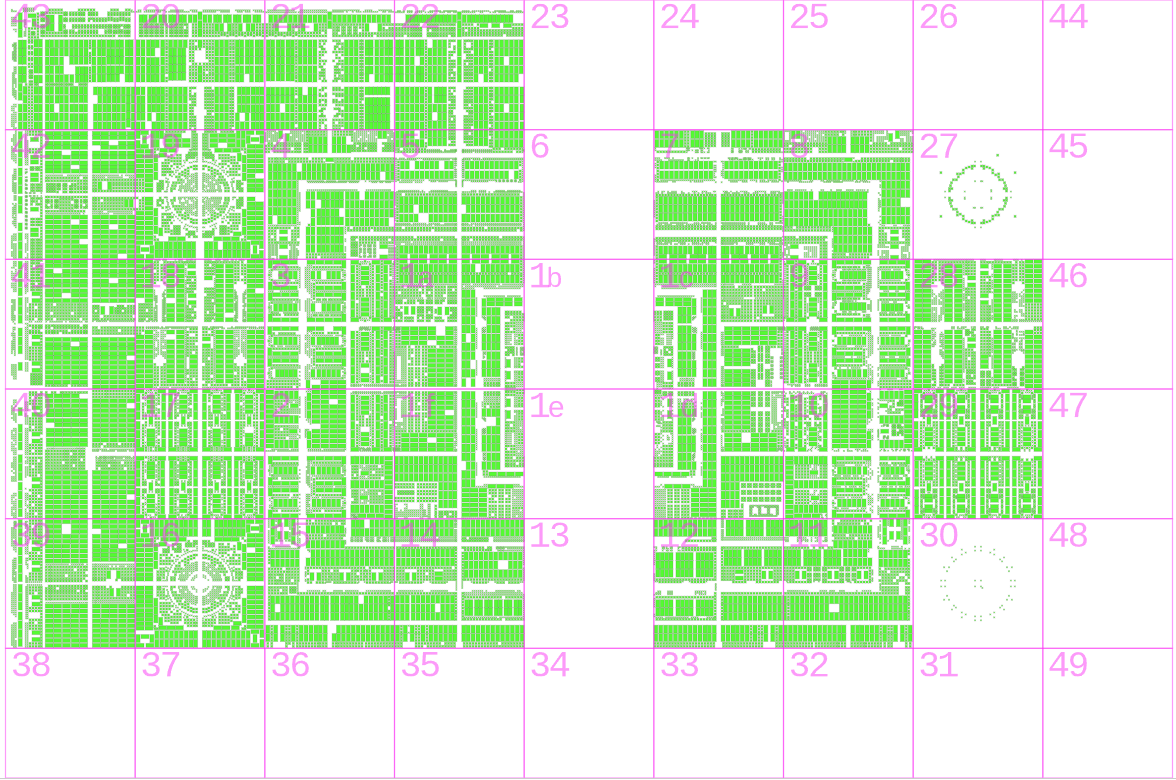 REALM parcels that are adjacent to one another can be used to form estaates. 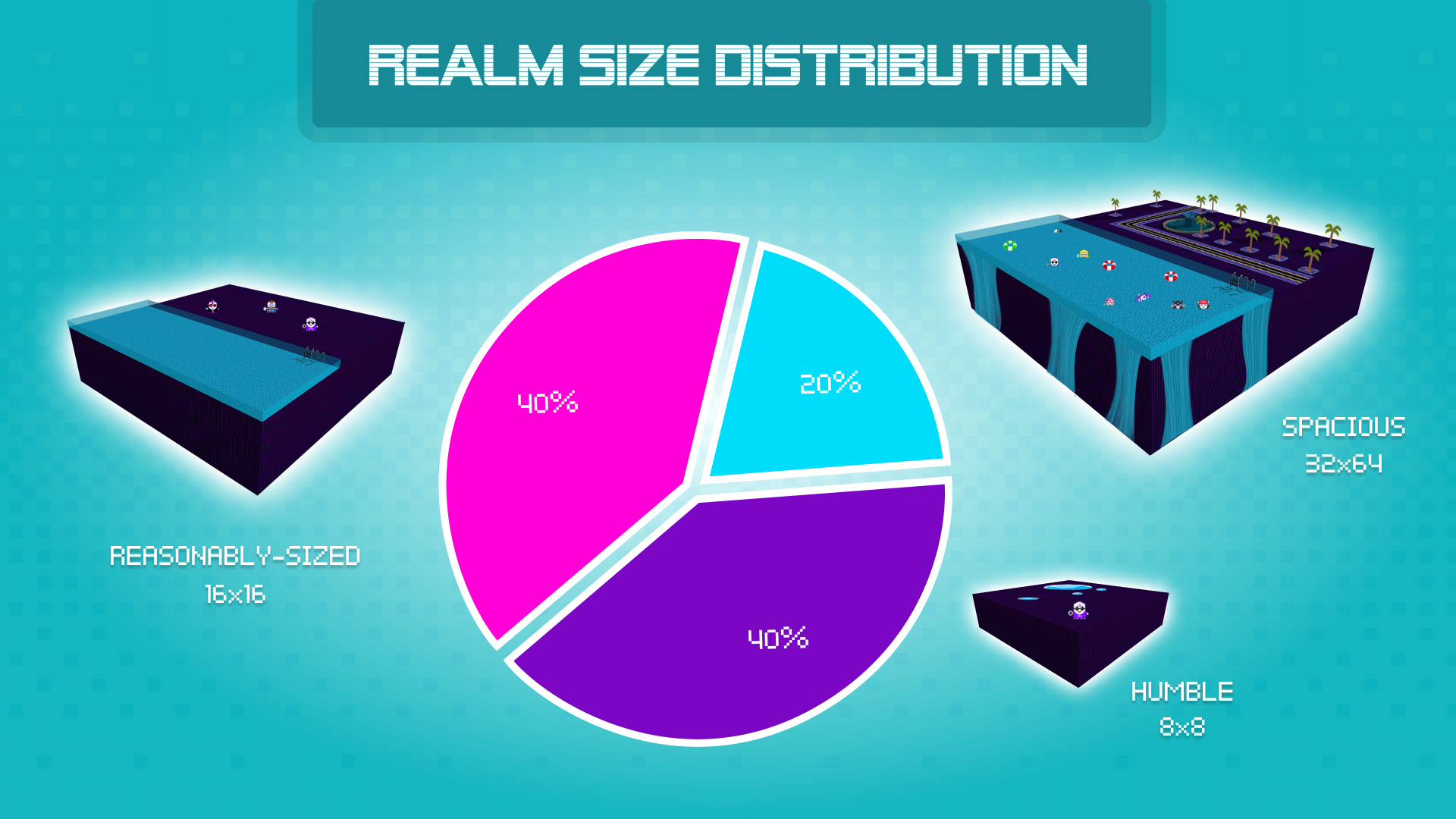 There is also a Gotchi Lending feature that allows Gotchi owners to lend out their Gotchis to other players for a set period of time to try out the game.

The Gotchiverse is accessible at verse.aavegotchi.com.

Select the Gotchi that you will be using and click on the portal to enter. 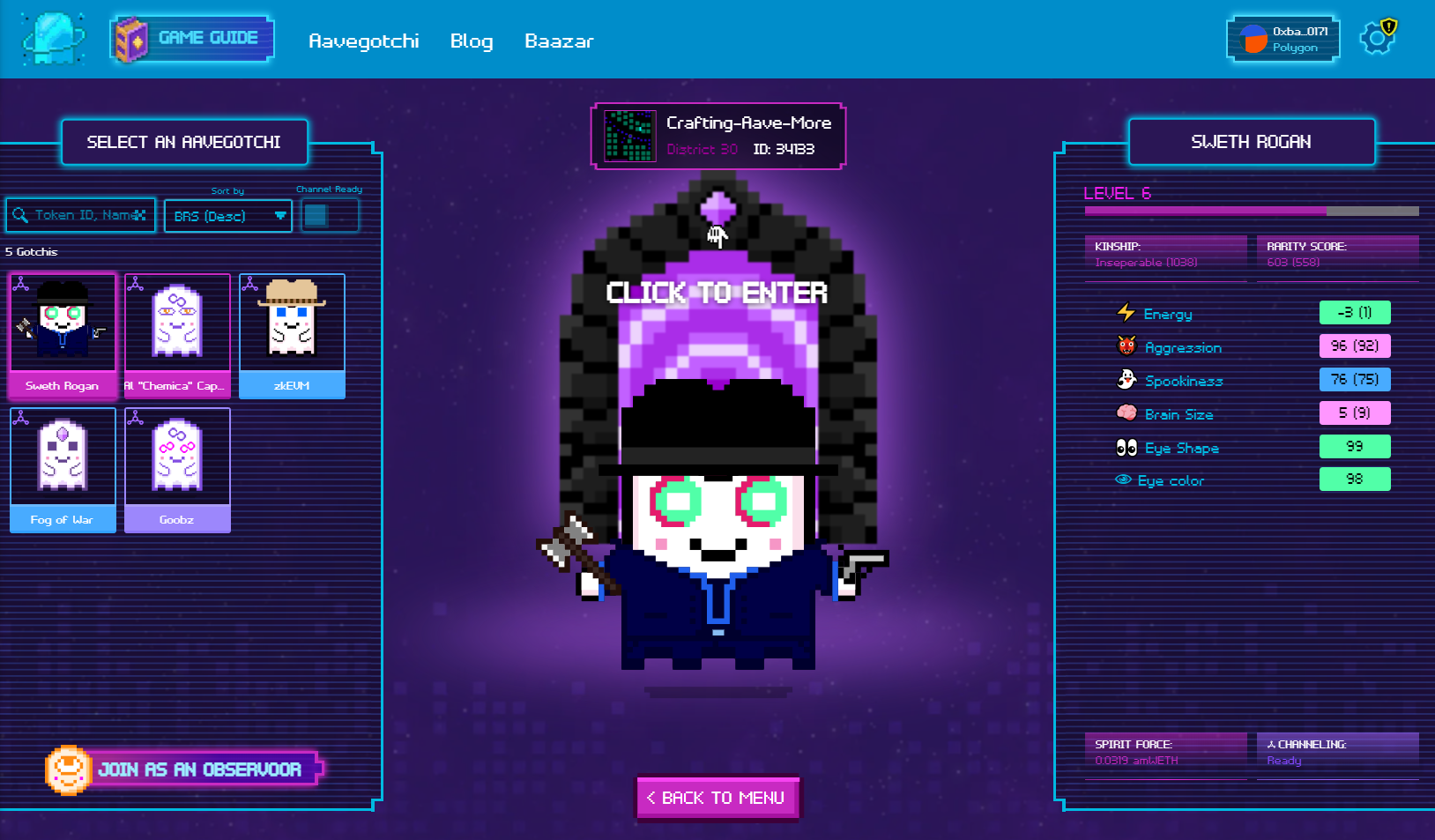 Next, you need to select the Gotchi's spawn location. You can select from various locations on District 1, any REALM parcel that you own, or a random location. 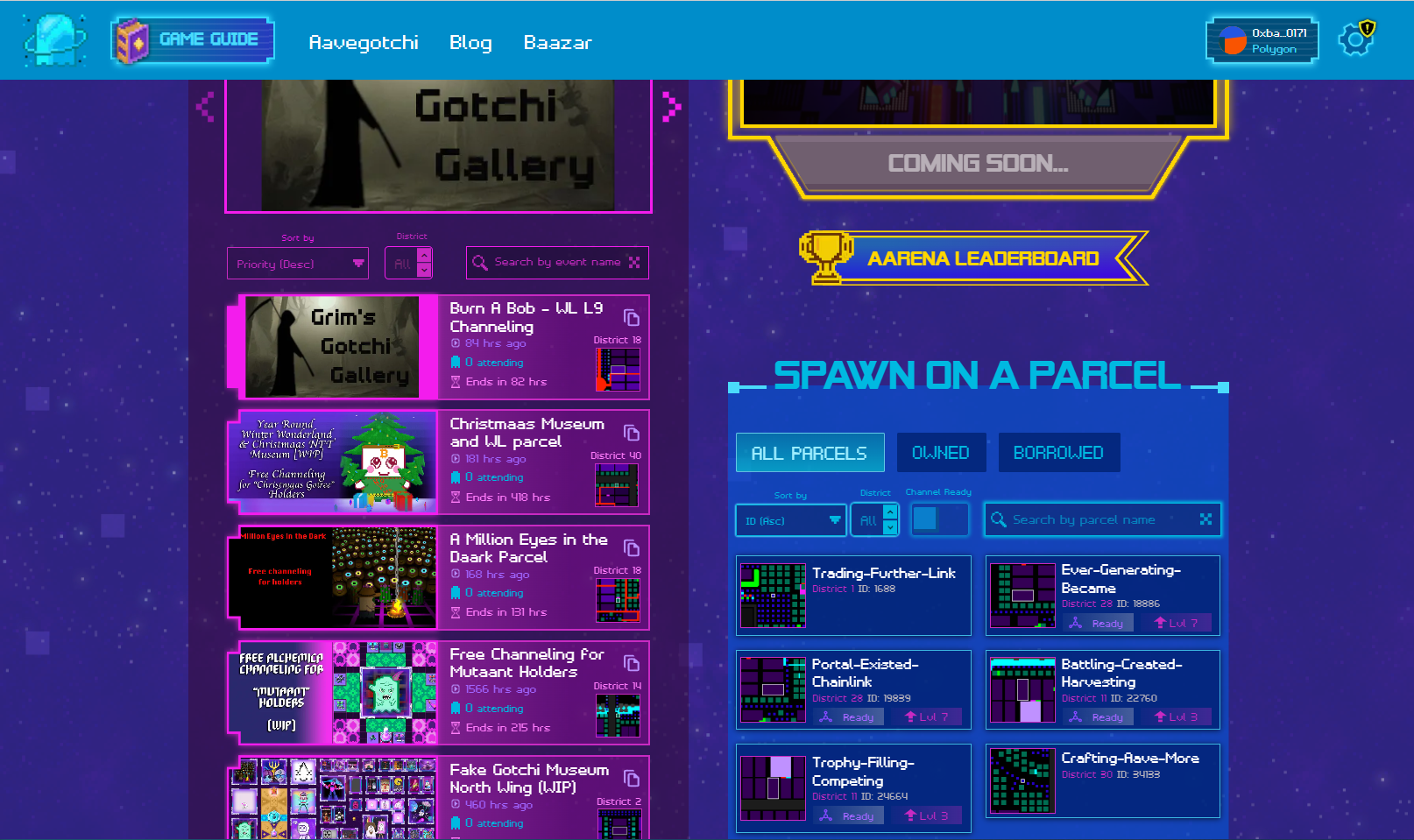 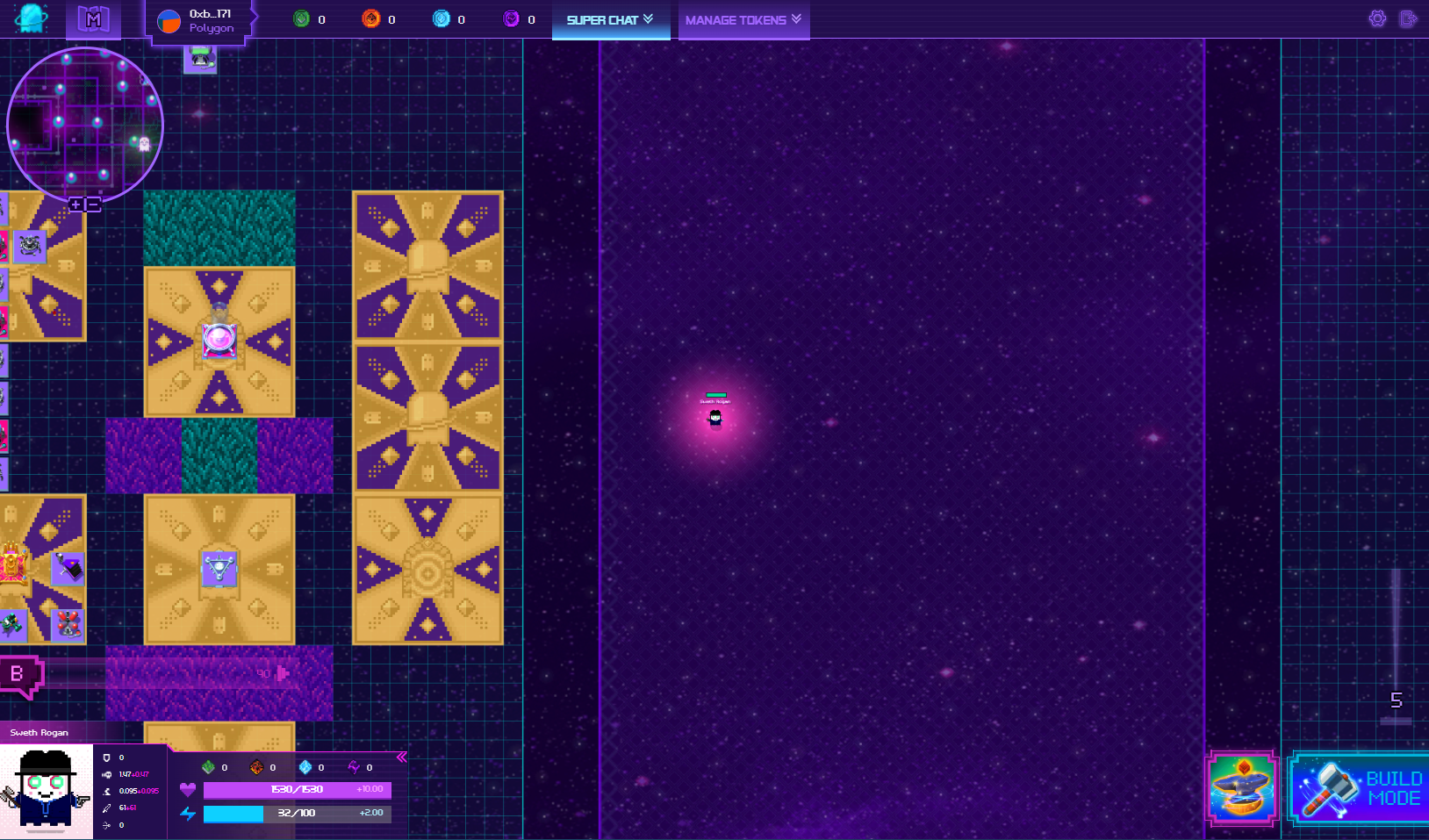 Movement of Gotchis can be controlled using the arrow keys, WASD keys, or by your mouse.

The Gotchiverse UI is designed as follows:

Once installations have been crafted, they are reflected in your Inventory.

The following table shows the chat commands in the Gotchiverse.

Gotchus Alchemica (ERC20 tokens) are the four elements of the Gotchiverse: Fud, Fomo, Alpha, and Kek. They can be combined to craft Installations and Aesthetica, among other uses. Read more about the tokenomics here.

The amount of Alchemica that a Gotchi can carry in the Gotchiverse is determined by this formula.

Similar to the “Portal” mechanic in Aavegotchi, REALM Parcels must be surveyed before they finally reveal the quantity of Alchemica that rests inside them. The surveying process is an onchain call to Chainlink VRF, a truly randomized number generator.

When the Gotchiverse is released, all existing REALM Parcels can be surveyed if their owners choose to, or the surveying process can be delayed until a future date.

The range of Alchemica available for each Parcel Type is listed below, for the entire Act 1, and for Round 1 of Act 1, which distributes roughly 25% of the Alchemica contained within.

Note that total Alchemica within a Parcel is cumulative, which means future Surveyings will add additional Alchemica on top of the total.

The range of possible Alchemica that can be discovered during each surveying round is based on a Binomial Distribution that was voted for in AGIP-26. The rationale is to make it possible to win big but impossible to get rekt hard.

Installations take a certain number of blockchain blocks to finish constructing, but this time can be reduced by spending GLTR (GAX Liquidity Token Reward), an in-game currency that can be earned by providing liquidity on the Gotchus Alchemica Exchange (GAX).

Crafting Installations and upgrading them to become more powerful is an important part of the Gotchiverse experience. Different Installations require different “recipes” to craft and upgrade, which is why the Aadepts provided us with a handy Recipe Book for reference! You can find the latest Recipes here.

Haarvesters and Reservoirs are special Installations that allow mining of Alchemica from beneath the Gotchiverse surface.

Spillover is another property of Reservoirs that determines how much and how far Alchemica spills when it is claimed from the Reservoir. Lower level Reservoirs have higher Spillover Amount and Spillover Radius, and these amounts are reduced with further upgrades.

You can consult the Recipe Book here to see exact Harvest Rates, Capacities, and Spillover Rates.

Once an Installation is added to a Parcel, it can be upgraded or removed. To view upgrading cost for existing installations, check out the recipes page.

Tiles and Aesthetica are not burnt on unequip/removal.

Installations are burnt on unequip/removal. Only 50% of the crafting and upgrading Alchemica will be refunded.

Whenever an Installation, upgrade or other item is crafted within the Gotchiverse, the underlying Alchemica are sent to four distinct places:

Supply in excess of the capacity will be redistributed via Alchemical Channeling, instead of minting new tokens.

Any Alchemica in excess of the Great Portal Capacity will be recycled back into the ecosystem via Alchemical and Group Channeling, slowing the minting rate for new tokens.

Initially, the Great Portal Capacity will be 1% of total supply, but this can be altered by AavegotchiDAO. Speaking of AavegotchiDAO…

AavegotchiDAO, the governing body of the Aavegotchi Protocol, receives 30% of the crafted Alchemica split. This Alchemica balance represents a powerful opportunity for the community to have a direct stake in treasury management and put these tokens to work on the protocol’s behalf.

Pixelcraft Studios, the Gotchiverse’s dev house, also receives 30% of crafted Alchemica. These Alchemica balances can quickly be put to work in any endeavor supporting the growth of the Aavegotchi protocol and Gotchiverse game. Besides just diamond-handing, user acquisition, strategic allocations and marketing initiatives are some of the ways Alchemica can be put to work.

A 5% token burn is the cherry on top of this Crafting Revenue Distribution plan. A burn of this significance will help to offset the various ebbs and flows of Alchemica inflation, whether it be from player adoption spikes, planned Alchemical events like The Great Battles, or very lucky surveyed REALM Parcels. 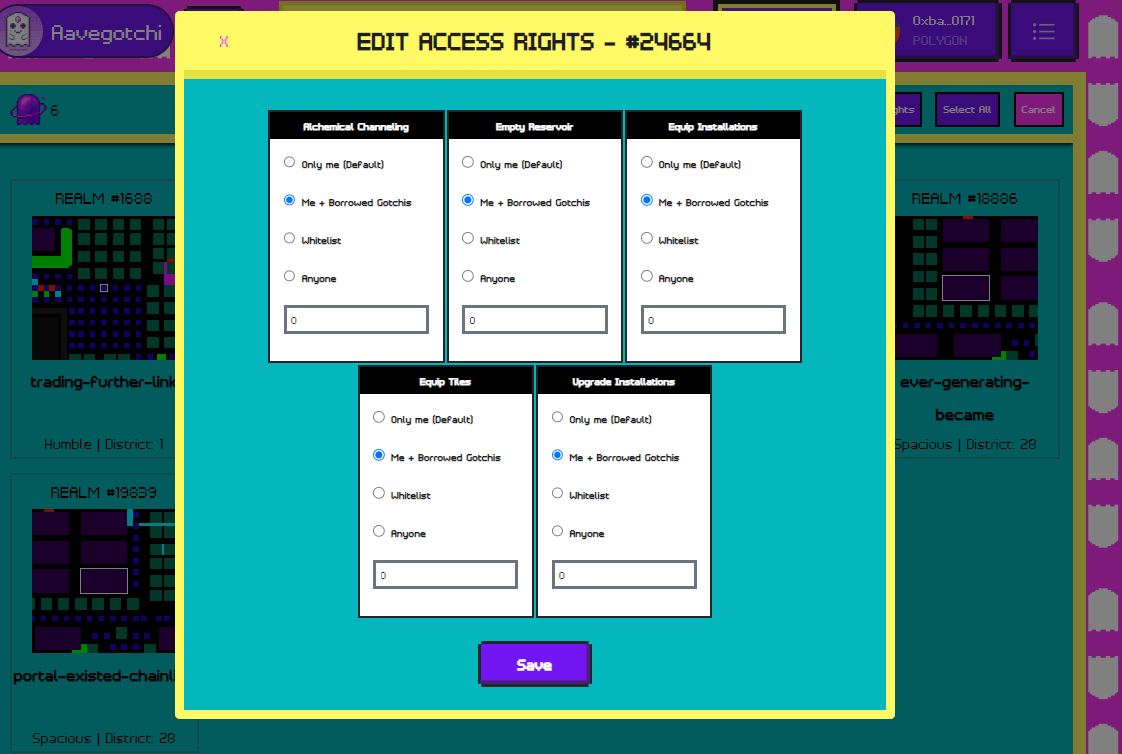 After each Great Battle in Act 1, players will be able to survey their Parcel again, rolling to get more Alchemica. The Boost amount above will be added onto the amount rolled by the player for each surveying round.

The Bubble Ups concept grew out of the debated Paatch 0.1c where Increase Boost Amounts failed to pass. Alchemica Bubble Ups provide additional utility to boosts, while still requiring the player to actively harvest the Alchemica that bubbles up.

Alchemica Bubble Ups are sporadic (but not infrequent) events where Alchemica pickups appear on top of deposits of Alchemica in the Gotchiverse, especially near active parcels. Notably, it is Pixelcraft’s Gameplay vested release allocation that will support these Alchemical releases, although AavegotchiDAO can also vote to supplement the amount.