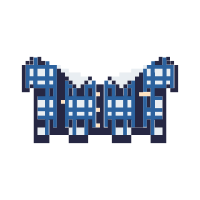 Wearables are an important component of the Aavegotchi game. Besides endowing your Aavegotchi with a sense of fashion, wearables also boost the Aavegotchi's traits and rarity score, enabling them to perform better in mini-games, as well as in rarity farming.

Wearables conform to the ERC-1155 standard.

This page contains detailed information about every wearable that has been confirmed in the Aavegotchi game.

Design of the wearables are done by Xibot and our team of community aartists. Each wearable comes with 4 different views (front, right, left, and back).

For information on Wearable Sets, check out this page!

Note: There are some objects (IDs 162-198, 210) that are not reflected on this page as they are not wearables. These objects are Baadges and the Haunt 1 Background.

Aavegotchis have four traits that can be modified by wearables.

The traits of "Eye Color" and "Eye Shape" cannot be modified by wearables.

Note: Negative values do not mean the trait is getting "weaker". Aavegotchi traits are distributed on a bell curve, so the extremes (0,1) and (99,100) are actually the best!

See Traits for more about this topic.

Wearables can be equipped or unequipped at any time. Equipping/unequipping wearables may affect the overall rarity of an Aavegotchi:

With the passing of AGIP 9, wearables now have voting power in AavegotchiDAO. The voting power (measured in GHST) of a given wearable is based on its Rarity Type/Maall price.

Certain Wearables have also been selected to be used as Weapons with the Gotchiverse.

Weapons are hand wearables classified either as Melee or Ranged Weapon. These special Wearables can inflict damage upon Gotchis (in the Aarena), Lickquidators, Enemies, and Waalls.

Distributed via an exclusive, limited-edition Raffle in November 2020, these LINK-themed wearables celebrate Aavegotchi's partnership with Chainlink, specifically our use of Chainlink VRF to ensure that Aavegotchis have verifiable, provably random traits.

The Aave-themed set was distributed in the second of three pre-launch Raffles, held on December 8, 2020. This aavesome collection celebrates the bond between Aavegotchi and the Aave community and leadership team.

The Ethereum-themed set is the last of three pre-Mainnet sets.

The Aagent Wearables Set is a limited edition set that is given to all Level 12 Aagents who have completed all 12 Aagent Missions before the launch of Aavegotchi on Mainnet. Pictures and Quantity coming up soon!

One of our friends accidentally send 4000 LINK (~$50,000) to the GHST Staking Contract. We raised funds from our community to help him out. Everyone who donated more than $20 worth of ANY ERC20 token to SantaGotchi.eth will be airdropped a limited edition Santagotchi Hat. See here for more information. Picture for the wearable will be out soon! Other items in the Santa wearables set will be available soon as well.

On 7 October 2020, Aavegotchi partnered with OKex to create a special set of wearables inspired by Jay Hao, the CEO of OKex. Lucky depositors who deposit their GHST tokens on the OKex platform stood a chance to win these wearables. 150 wearables are available. The top 5 depositors will automatically win the full 5 piece set. But the remaining 125 NFTs will be randomly awarded to anyone who deposits more than 10 GHST. Click here for more information.

The Fourth Raffle, celebrating the launch of Aavegotchi on Polygon.

The First "Bid-to-Earn Auction" was held from Thursday, 15 July to Sunday, 18 July 2021. Bid-to-Earn auctions are powered by the technologies of our frens at GBM.auction. Learn why this NFT distribution method offers huge advantages over older models by visiting their site and reading our published Medium piece.

This first Aauction features two brand new sets of wearables as well as a fun new common-rarity item. Get ready for gamers, steampunks and even a cup of coffee!

A collaboration between Aavegotchi and Venly to introduce Aavegotchi to a massive NFT gaming audience. Read this post for more information.