How exactly do these traits map out to actual gameplay in the Gotchiverse? Read on for the details. 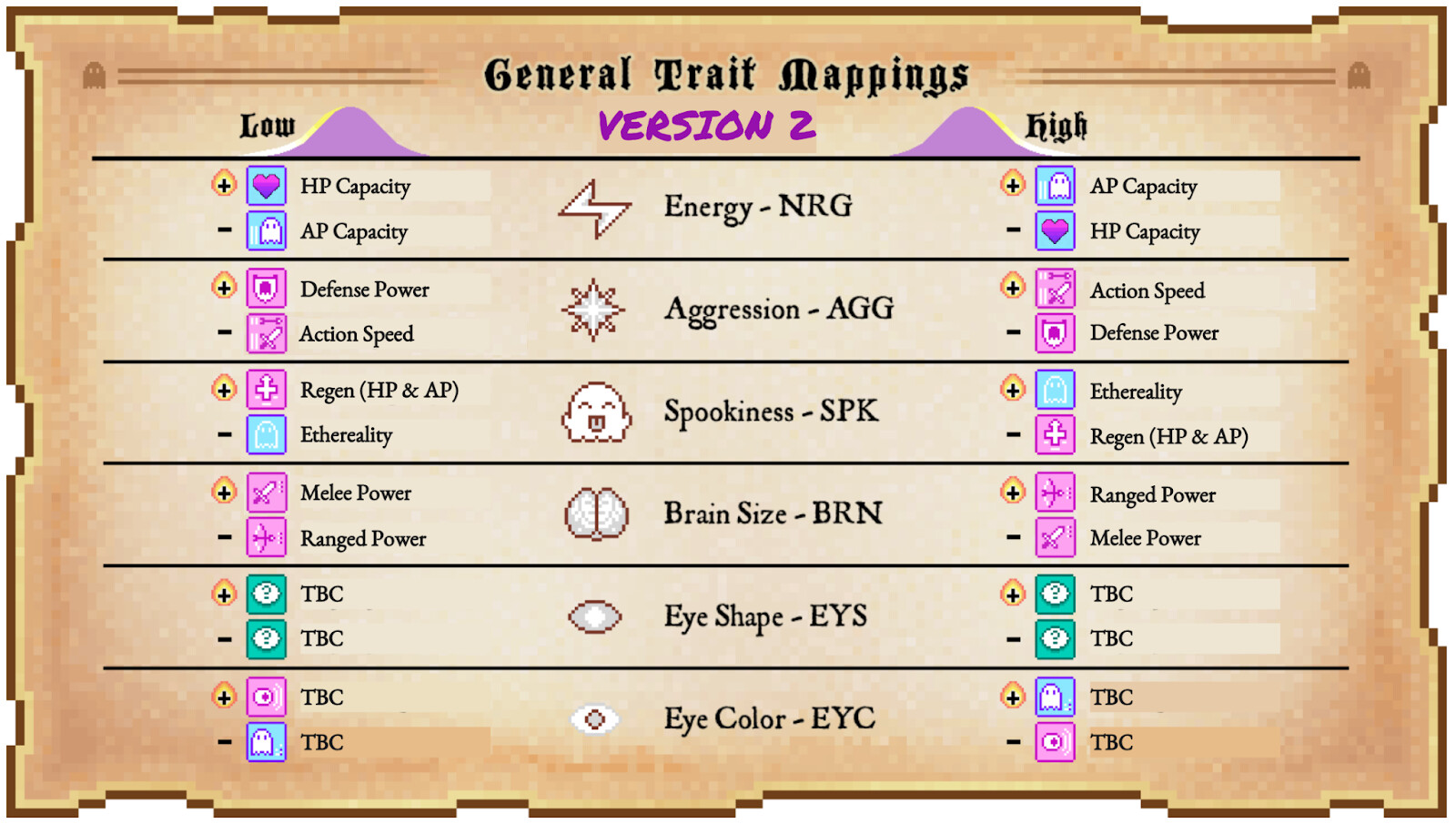 It is crucial to note that the way traits scale and change with increases/decreases to NRG, AGG, SPK and BRN shown in this version 2 trait map are still under discussion and not yet finalized. Two current proposed scaling models are:

In addition, there are many ways these relationships can be modeled including linear, exponential, diminishing return curves and caps. This will be discussed with Pixelcraft Studios.