Haunt 1 was launched on 2 March 2021. 10,000 Aavegotchi Portals were released to the public on a first-come, first-serve basis.

The first 10,000 portals were sold out in less than one minute. The launch was a huge success by all metrics except the fact that not everyone could have a Portal.

Haunt 1 Aavegotchis also come with an exclusive Haunt 1 Background. Check out this medium post on how to claim it if you have a Haunt 1 Gotchi. The background is programmed to be non-transferable. This means from now till forever, only Haunt 1 Aavegotchis can equip this beautiful portal-themed background!

This exclusive background was voted for in AGIP-5.

Unlike Haunt 1 which featured a “blinkandyoumissit” first-come, first serve drop, Haunt 2 promises much more sustained excitement, with a three-day #BidToEarn auction, followed by a Raffle for our loyal GHST stakers.

Each Haunt has some Spirit Forces that are exclusive to it: 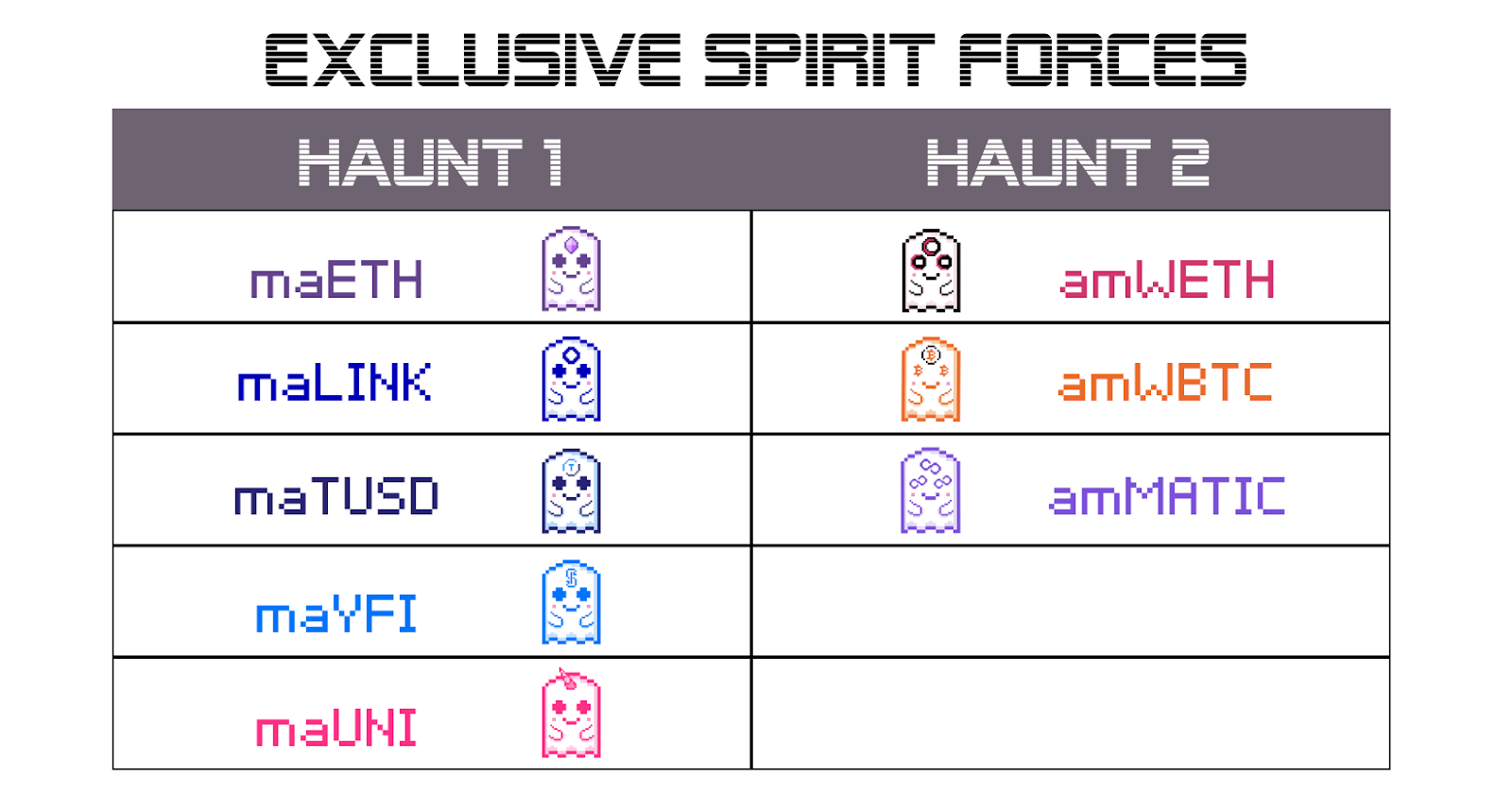