Your gotchi friends are alive! Like you, too, they age — growing from infancy to adulthood.

Remember to celebrate your lil fren's birthday! They have one as well! 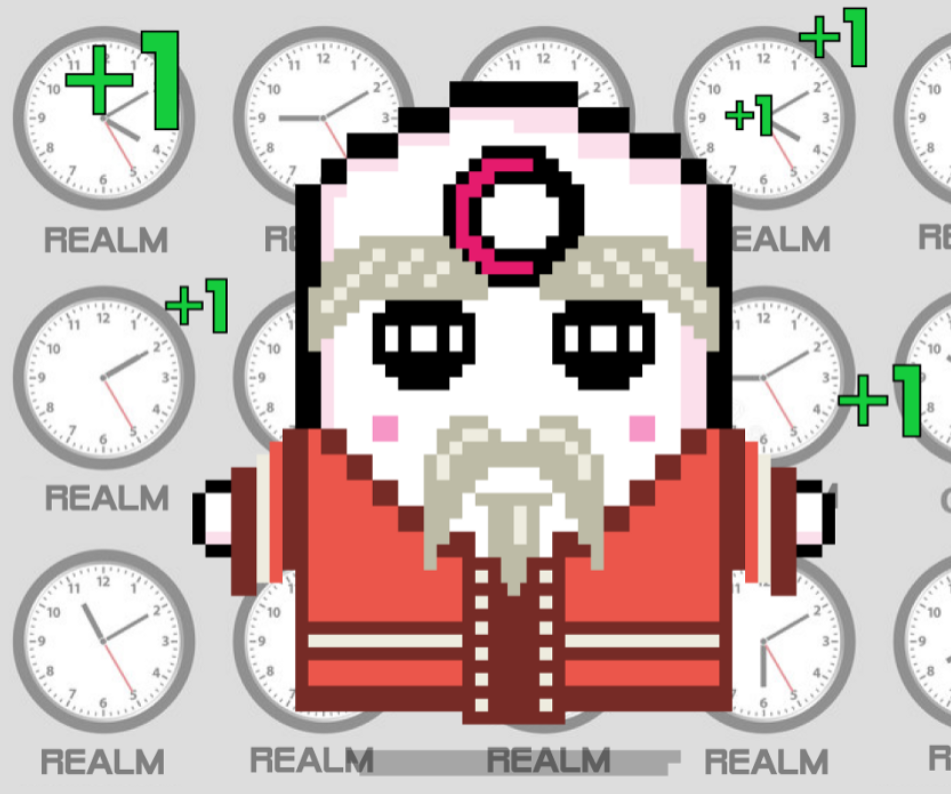 Gotchis would receive a small boost to their BRS as they age. This is to counteract statistical variance between haunts and reward long term engagement.

The formula that is used to calculate the BRS boost is modeled after the Fibonacci numbers x 1 million, but replacing the first 0 with a 1 to better fit the use case.

This solution provides for a quicker boost in the first few epochs of age, and greatly flattens over time to avoid anything too OP and allow more recently summoned gotchis to eventually catch up to within a 1 BRS boost of their older and wiser brethren. It incentivizes opening and summoning portals as opposed to sitting on them, both boosting the in-game economy as well as the scarcity of those that are still chosen to remain closed. Most of all, it is a fair system that benefits no one haunt over any other, and simply rewards long term engagement, while counteracting the effects of sudden and aggressive dilution like we are currently witnessing.