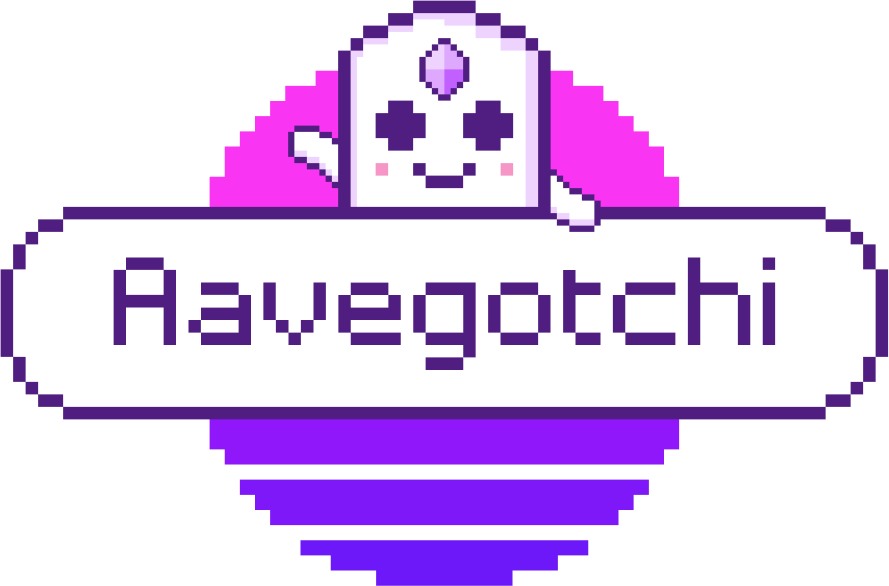 You have a Gotchi fren now eh?

Each Gotchi has their own profile page where you can view your Gotchi and play with him or her.

This page will tell you what you can do with your new Gotchi frens! :D

Interact with your Gotchi

First, you need to head over to My Aavegotchis page. Click on any of your Gotchis and it will take you to his/her profile page.

Your Gotchi Profile would look something like the following screenshot. 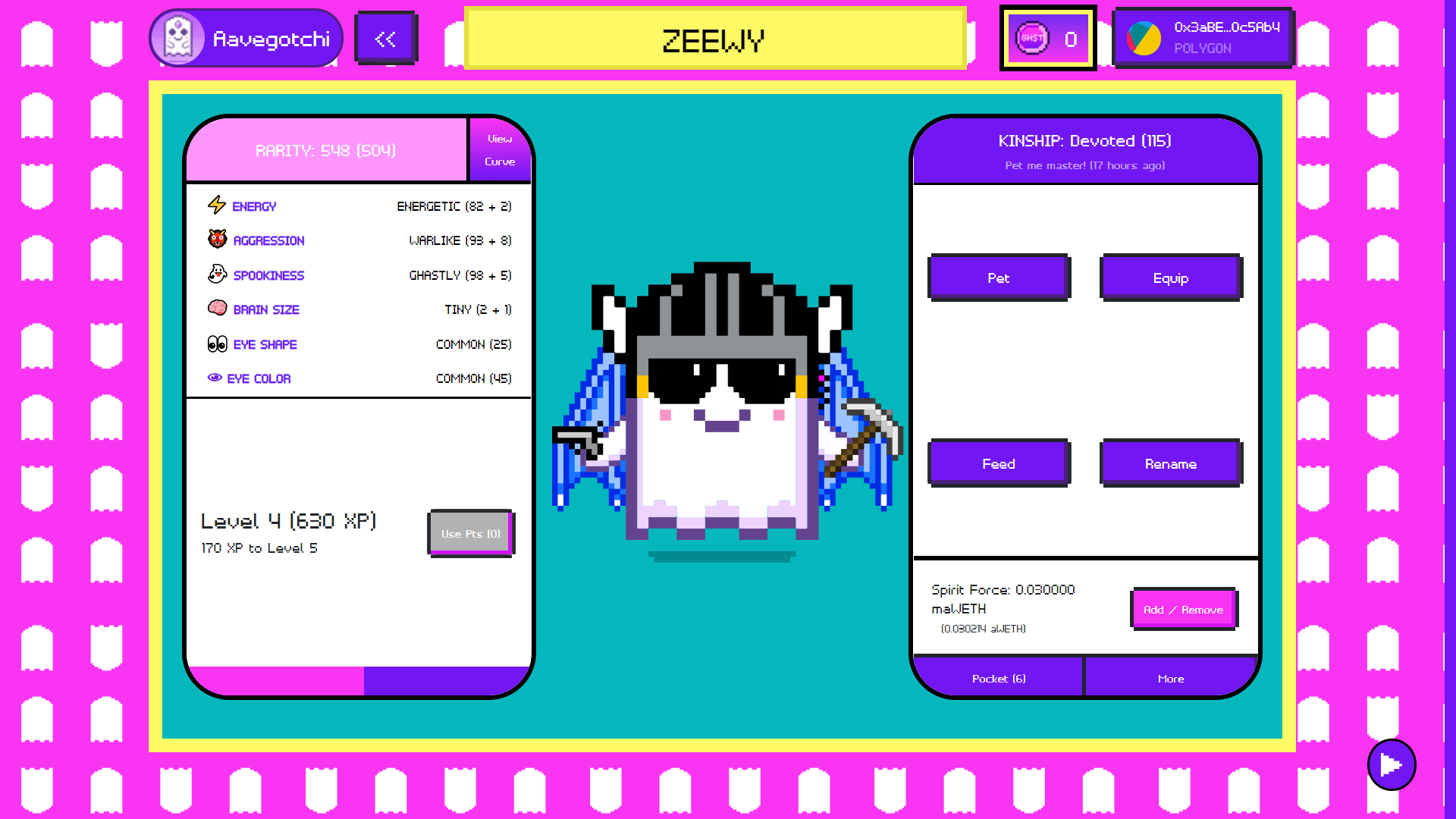 At the centre is your Gotchi (either naked or decked out in the splendour of his/her wearables). Equip/unequip any wearables and your Gotchi's display will be updated.

At the left corner of the screen is the Stats/XP of your Gotchi.

Just next to the BRS score is a "View Curve" button. This button situates your gotchi's position on all 6 traits (Energy, Aggression, Spookiness, Brain Size, Eye Shape, and Eye Color) against every other single Aavegotchi in existence.

Moving downwards still, your Gotchi's level, XP, and XP required to reach the next level are stated. Thus far, XP is earned by participating in community events. So keep a lookout for these!

For every three levels, your Gotchi will gain 1 Spirit Point that can be allocated to increase/decrease any trait value.

Interact with your Gotchi

Petting your Gotchi once every 12 hours will raise his/her kinship score by 1.

The Equip button allows you to equip/unequip any wearables.

The Feed button allows you to feed your Gotchi consumables such as Kinship Potions and XP Potions. These potions can be bought from the Maall (when they are released) or on secondary marketplaces such as the Baazaar.

Finally, the Rename button allows you to rename your Gotchi. The only constraints are that you cannot name your Gotchi after a name that already has been taken and the limit of 25 characters for your Gotchi's name.

At the bottom right corner of the screen, there is a Pocket button. Click on it to reveal your Gotchi Pocket, which serves as an inventory for your Gotchi fren.

Note: YOUR (the owner) inventory is separate from your Gotchi's Pocket. 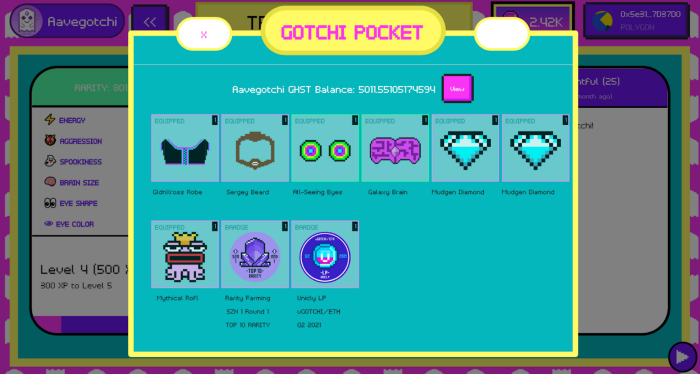 Baadges are non-transferable ERC-1155 NFTs that commemorate your Gotchi's participation in a special event. For example, in Rarity Farming Season 1, Baadges are awarded to the Top 10 and Top 100 Gotchis in each of the Rarity Farming categories. These Baadges will be delivered to a particular Aavegotchi’s pocket and then reside there forever. Keep your eyes out for more Baadges in the future! owo

In contrast, equipped wearables and GHST tokens can be withdrawn from the Gotchi Pocket.

To send the wearables back to your inventory, you would first have to unequip these wearables (through the Equip button). Next, head over to your Gotchi Pocket and click the Transfer to Me button.

Similarly, the GHST tokens earned from rarity farming is in your Gotchi's pocket and not in your inventory. To withdraw it to your inventory, select the Withdraw button in the Gotchi Pocket window. The View button shows you the escrow address of your Gotchi.